There are at least a hundred places you can eat cod cakes, seafood chowder or fish and chips across Newfoundland and Labrador. Whether it’s a small seaside cafe, a takeout window, or a big family restaurant these dishes are staples on any menu across the province. And here in St. John’s it’s no different, but the culinary scene is bigger than your belly! These awesome restaurants are pumping out modern dishes with a Newfoundland twist in addition to the crowd favourites that you should save room for.

Here are the Newfoundland dishes you need to eat NOW: 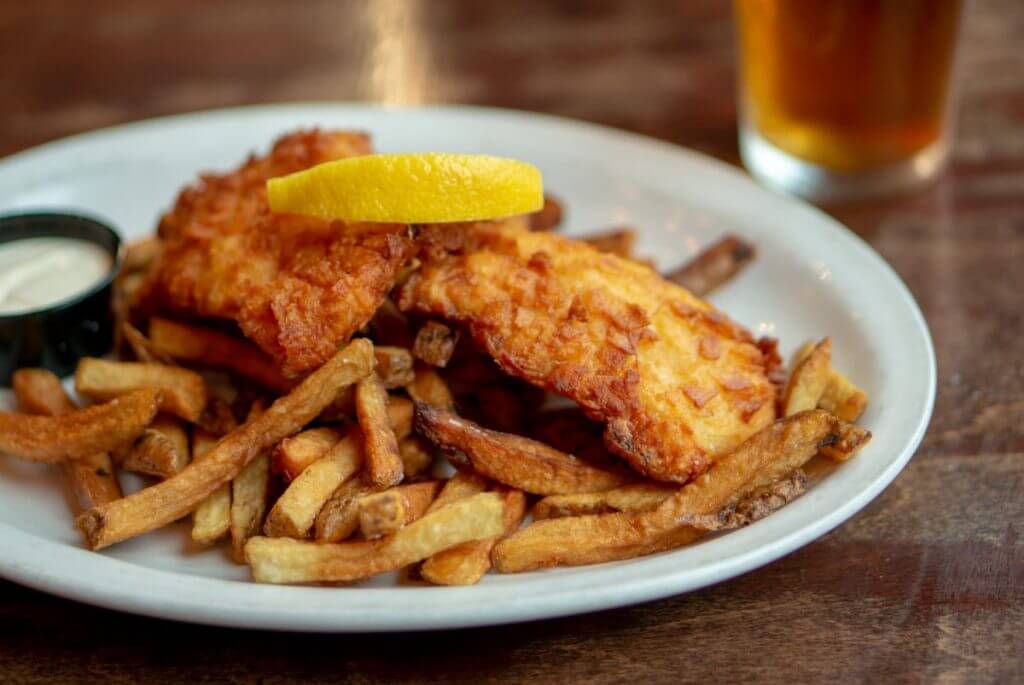 Yellowbelly Brewery & Public House on Water Street has put together two of the province’s favourite foods to make one delicious dish. Their fried fish comes encrusted in crushed salt and vinegar chips served with a pile of golden french fries and often paired with a pint of Come From Away IPA brewed onsite. There’s no need to add the fragrant dark vinegar typically served with traditional fi and chi, the vinegary hue of the chips infiltrates the fresh flaky fish, encasing it in a crispy coating. 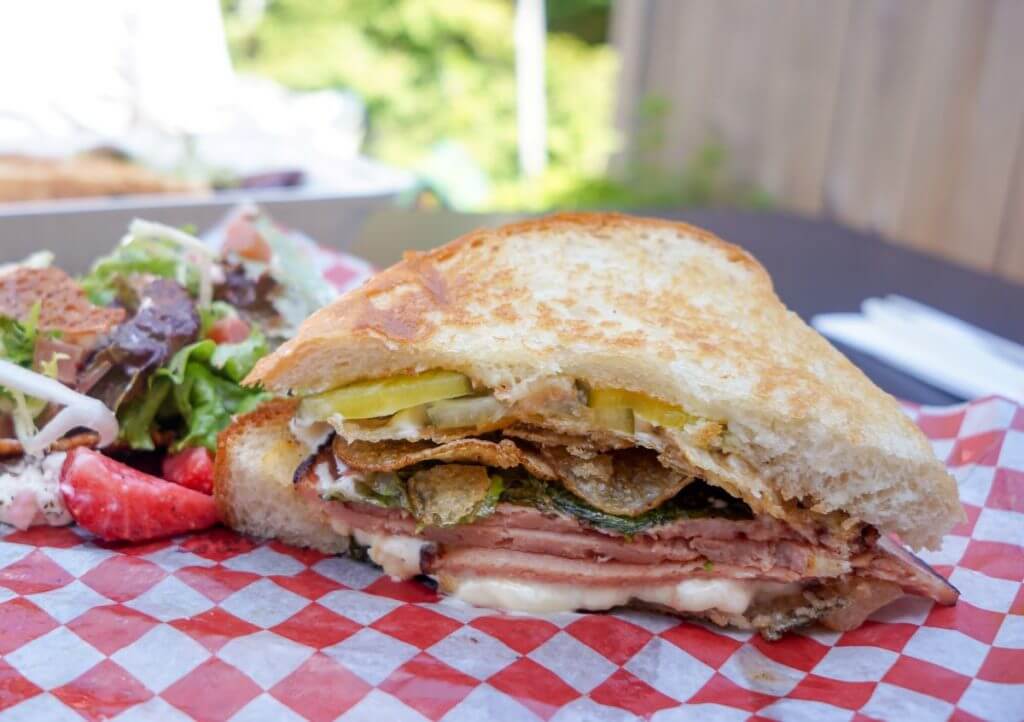 Chinched Restaurant and Deli is known in St. John’s for their house-made meats and charcuterie, but a fan favourite is their bologna. There’s nothing that says Newfoundland more than bologna — a huge stick of it walks in the Christmas parade every year! Their bologna sandwich is piled high with at least three slices of fried bologna, local Five Brother’s cheese, house-made pickles, lettuce and potato chips for extra crunch, all wedged between two thick slices of toasted white bread.

This aptly-named restaurant — sitting on the corner of Water Street and Williams Lane — is a quip on the Newfoundland folk song, and they are all about the mollusks. Mussels on the Corner has more than a dozen different mussel dishes on the menu but the Jiggs Dinner mussels are the star. Using all the ingredients of the classic Sunday dinner, there are huge chunks of salt beef, carrot and parsnip cooked up in salty pot liquor with the mussels so that each one you pull from the pot is like a new plate of Jiggs Dinner. 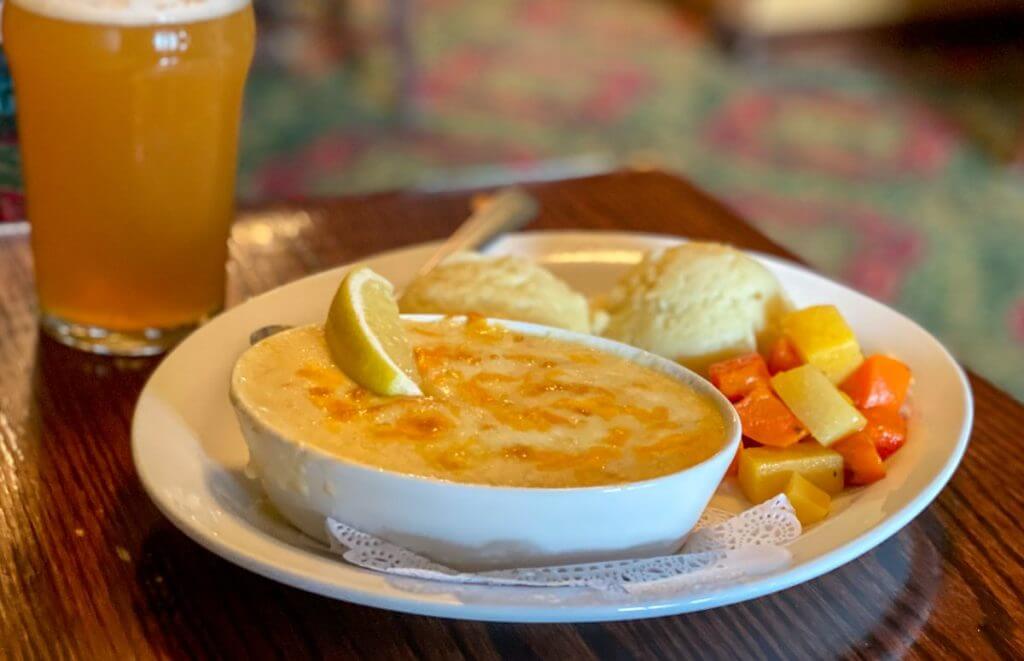 This cozy pub on Elizabeth Avenue also happens to serve up the coziest of cod dishes, and the cheesiest. The Guv’Nor Pub’s Cod au Gratin, a traditional Newfoundland cod dish with cheese and creamy white sauce baked in the oven, is served with heaping mounds of mashed potatoes and veg. They also have a large rotating tap list of local beers like Ninepenny’s Blinding Light NEIPA to pair with this comfort cod dish. 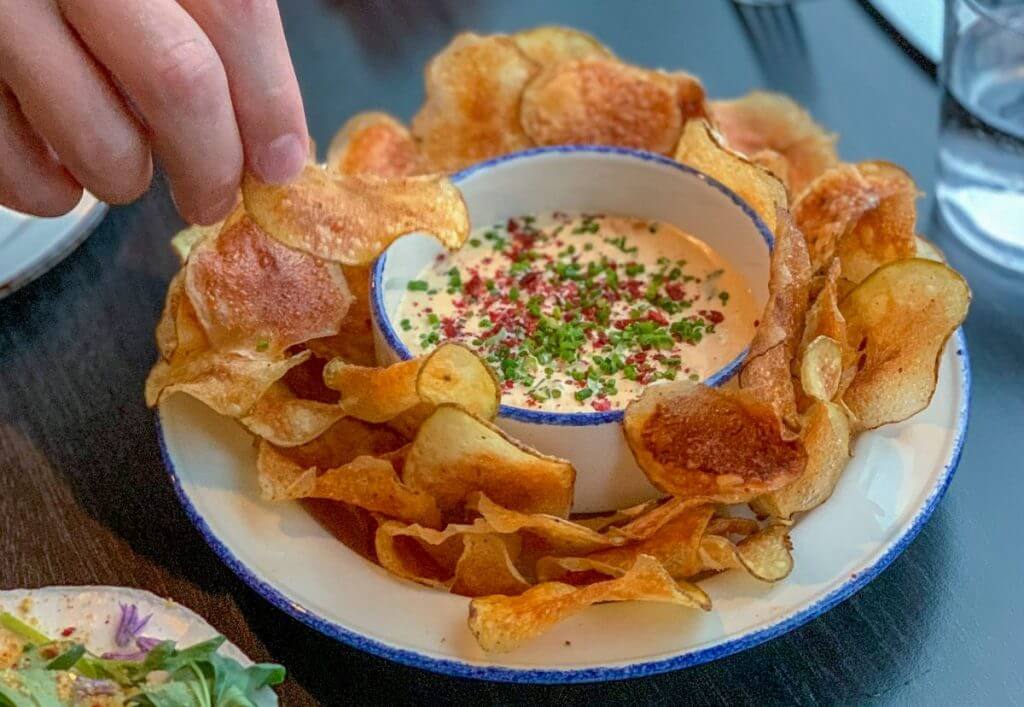 Terre Restaurant, located inside the ALT St. John’s on Water Street, is known for their elevated small plates focusing on Newfoundland and Labrador ingredients, and their chips and dips is no exception. Terre takes a simple common dish and puts a modern Newfoundland spin on it, making chips and dip into something special. Some nights Terre’s dip is salt cod and green onion, other nights it’s made with local uni, but always served with a mountain of housemade potato chips. 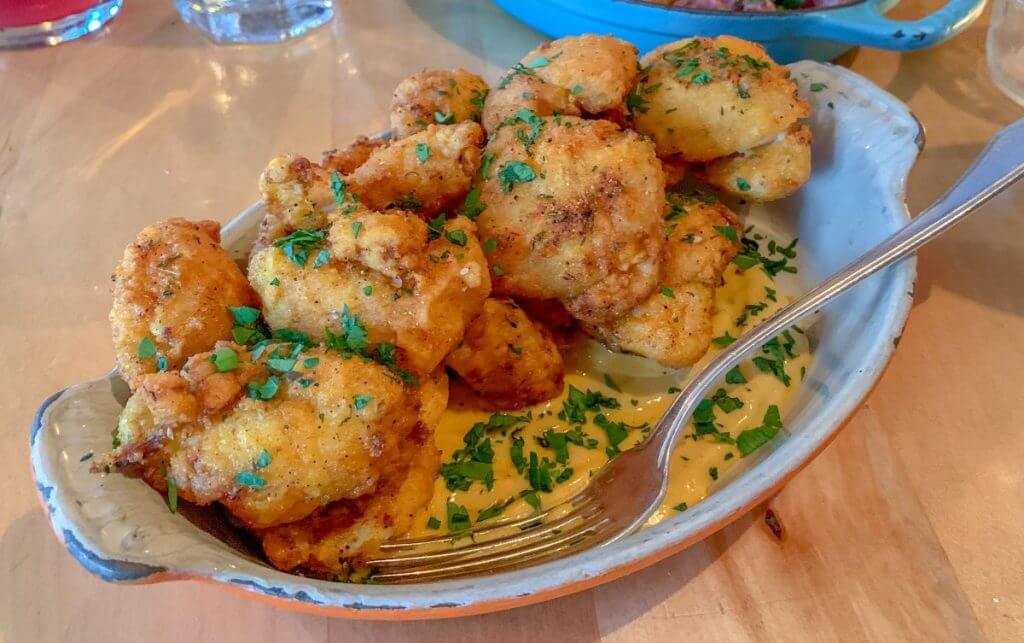 Like fish & chips and chowder, fried cod cheeks and tongues are ubiquitous on menus here in Newfoundland and Labrador restaurants, but Mallard Cottage in Quidi Vidi village puts their own flavour into the making. The corn-fried cod cheeks are crispy on the outside and flaky on the inside and are served with a punchy spicy aioli Mallard is known for. 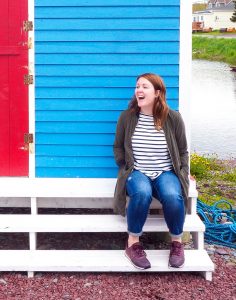 Gabby Peyton is a food writer, restaurant critic and culinary historian based in St. John’s NL.

Researching food has become a lifestyle for Gabby. After completing an MA in Art History at the University of Toronto in 2012, she moved to Halifax, NS and ate her way through the city, documenting it on thefoodgirlintown.com a blog devoted to (mis)adventures in travelling to eat. She completed a Bachelor of Journalism at the University of King’s College in 2015 and has worked in a variety of editorial roles in Toronto, ON and St. John’s, NL. Now she dines out constantly in St. John’s — Gabby is the city’s restaurant critic for The Telegram and her other bylines include CBC, Atlantic Business Magazine, USA Today, and Eater. Her series on Food Bloggers of Canada‘s website explores the history of iconic Canadian foods and she is passionate about community cookbooks.

A long-time sufferer of persistent wanderlust, Gabby is always planning the next big trip. She has visited more than 15 countries, spent three seasons working on an archaeological dig in central Turkey and surfed on the Gold Coast of Australia. She is passionate about architecture, spaghetti carbonara and Newfoundland food.