The Rock’s Soundtrack: To be fully understood, it must be experienced.

On a warm summer night, it is everywhere, wafting on a sea of voices from George Street clubs, through the windows of passing cars, whistled by the burly delivery men wheeling kegs of  beer down the cobbled  streets, hummed by the  girls pouring pints at a dozen pubs, old ballads mingled with new love songs, instruments of simple wood and wire somehow mixed with the latest beats from London and Los Angeles.

It is welcoming and inclusive, exotic and familiar.

Newfoundland music can be a hard thing to pin down. Those who emigrate here often list it as the element that pulled them into local culture – it is welcoming and inclusive, exotic and familiar, the soundtrack and undercurrent to the place itself. A night spent in a good pub, with the crowd singing and swaying to the old music is a wonderful thing indeed, a collective and joyful experience, all too rare in the modern world.

Folklorists struggle to define it – the music of the city is a unique mélange, one where the ancient and the modern co-exist comfortably and without contradiction. Locals just say the music is in their blood, part of their DNA, like the love of a salt sea breeze, and the constant yearning for home.

Islanders are famous for their ingenuity and do-it-yourself attitude.

But what really distinguishes the music of Newfoundland is its emphasis on participation. Islanders are famous for their ingenuity and do-it-yourself attitude. Generation after generation carved houses and lived on bald rocks and barren headlands, and braved storms and tempests to master the cold Atlantic Ocean in tiny boats. Compared to those feats, singing and playing music was easy. Isolation and necessity forced inhabitants to embrace the idea that music is something anyone can embrace.

That healthy attitude continues today, and still fuels the energy that drives the pub bands in George Street clubs on a Saturday night. It fills community halls across the island with a joyous and unrestrained music, and wherever people gather it can be heard, around beach bonfires and in kitchens and sheds. Newfoundlanders see themselves as performers and audience alike, and each is ready to take a turn in either role.

The people of Newfoundland also know a secret that has been forgotten elsewhere: music does not have to come in a box from somewhere else, or happen on a vast stage, or on a TV screen. It is something that should be done, something to be shared.

In a cynical world, the music you can experience in St. John’s is an oasis of heart and sincerity.

Those who come here quickly learn this. Many go away with memories of the sounds they heard on the streets of St. John’s. Some are envious of its spirit and charm, others come again and again, relishing an atmosphere and spirit unlike anything to be found on the continent. In a cynical world, the music you can experience in St. John’s is an oasis of heart and sincerity. 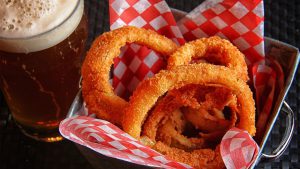 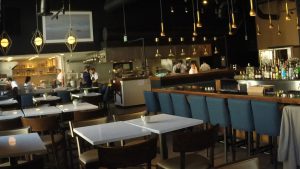 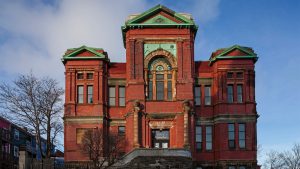 The Masonic Temple - Spirit of Newfoundland 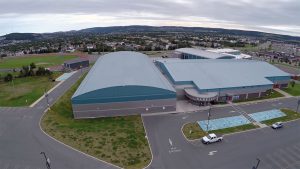 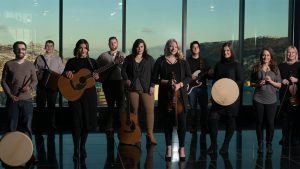 The Celtic Fiddlers is a dynamic group of vocalists and instrumentalists who perform traditional Irish/Newfoundland [...] 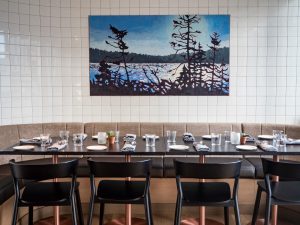 A restaurant with great food inspired by the local landscape and nearby sea, using traditional [...]